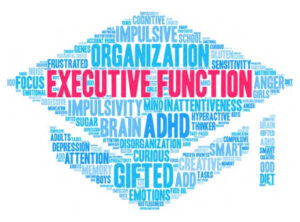 Conclusion : Executive Function was found to be a good predictor of academic performance (mathematics and language). The review reveals a good predictive power of executive functions in the primary education stage, and it is even higher at the early ages, indicating its great significance in describing future performance.

The results of this review and meta-analysis support the recognition of the multifactorial composition of executive functions, and they reveal that working memory is the most researched component as well as a better predictor than inhibition. In addition, it is evident that the behavior of the executive function components depends on the subject studied, especially regarding the relationship between mathematics and the visuo-spatial aspect of working memory. Similarly, most of the executive components are better related to performance in mathematics than in language.

Given the dilemma of classifying executive functions as a domain-general cognitive variable, the studies reviewed confirm that executive functions can be decomposed into different components (working memory, inhibition, cognitive flexibility and planning) that are distinctly linked to certain types of learning. Furthermore, the moderating role of executive functions was demonstrated with respect to other variables such as physical fitness, motor skills, or memory processes.

Reference : Frontier in Psychology  Link to the Article